Quantitative and Qualitative Assessment based on Decades of Experience 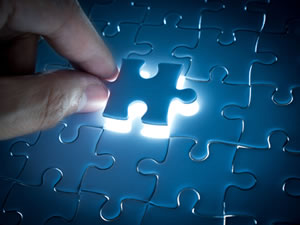 Our due diligence picture is not complete until we uncover all the material facts.

Our goal is to use the due diligence process as a proactive tool for engaging sponsors and broker dealers to move together toward better outcomes for both; and, ultimately for investors. 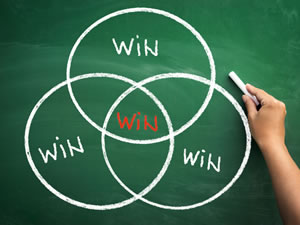 Using our objective reporting and analysis we:

• Help sponsors identify areas for improvement,
• Provide broker dealers with the facts they need to assess business risk, and
• Ultimately, have a potentially better outcome for investors.

We look for the WIN-WIN-WIN.

Miterko and Associates was established in 1989 by founder and President, Paula Miterko. Her vision was to provide superior due diligence services to broker dealers that might not have the resources to build and train a top-tier full-service, in-house research team.  Paula has been directly responsible for investment research, analysis, and portfolio monitoring for over 35 years.

Prior to founding Miterko and Associates, Paula worked for a mid-sized FINRA brokerage firm that also owned a due diligence research firm. After being promoted to Vice President of Due Diligence, she was responsible for investment review of virtually all syndications as well as tracking portfolio performance for broker dealers representing over 3,500 financial planners.

Paula also worked with a national real estate syndication firm as Due Diligence Liaison between the company's acquisition department and those broker dealers wanting to structure private label offerings.

She was involved in the corporate finance department of a New York Stock Exchange member brokerage firm where, in addition to providing front-end analysis, Paula was part of a small team responsible for workouts and debt re-negotiations.

Paula has been actively involved in leadership positions in industry associations including The Alternative and Direct Investment Securities Association (ADISA), and The Institute for Portfolio Alternatives (IPA).  She is considered one of the leading experts in the field of due diligence for alternative investments.

Paula is a key contributor to ADISA where she has been on the Conference Planning Committee for many years and is a frequent speaker, panel participant and/or moderator at most conferences. Paula has appeared as an expert witness primarily on the topic of due diligence, compliance, and industry standards.

Investment Advisor magazine selected Paula as one of the top Due Diligence Leaders in 1992, 1993 and 1994.  She was the only independent analyst named by the magazine each of the three years in which independent analysts were eligible for consideration in the peer-based, industry voting.

She holds a Bachelor of Business Administration in Finance/Economics from the University of Georgia.

Melissa has held senior executive roles in sales and strategy for the well-known firms Trust Company of America by E*Trade, AI Insight, Inc., and SEI Investments. With extensive experience in both the Broker-Dealer and RIA sides of the business, Melissa brings expertise in comprehensive business analysis and strategy, RIA practice management solutions, and specialized knowledge in the FinTech arena to optimize clients’ tech stacks, operational efficiencies and overall growth trajectory.

Martin joined Miterko and Associates in 2021.

Martin is well-known in the Independent Broker Dealer channel as a Due Diligence expert in Alternative Investments. Martin comes to us after retiring from his most recent role where he worked as a Due Diligence Manager for a Broker Dealer well known for its robust Alternative Investments platform. Martin’s previous work focused on real estate development, construction management, and design, providing uniquely deep knowledge in this sector. His experience also includes due diligence on offerings in real estate development, debt and equity in all sectors, oil & gas, conservation easements, opportunity zones, as well as private equity.

Tyler is an attorney with a real estate brokerage license who provides due diligence and legal support services
to Miterko and Associates.

Tyler Levy is a licensed attorney and real estate broker. Tyler's legal practice focuses on a wide range of corporate securities and real estate matters, including both residential and commercial real estate. He has worked as both a litigation attorney and a transaction attorney and draws from his experience with a big firm and work as in-house counsel. He believes that his primary function as an attorney is to assess risk and provide calculated advice based on the perceived risk. Accordingly, his mantra with clients is: "Analyze. Advise. Act."

Tyler served as in-house counsel to a regional homebuilder based in the DFW area. In that capacity, Tyler handled all corporate, real estate (including land acquisition, land entitlement, and vertical construction), litigation, and finance matters. He served an integral part in founding the company's capital markets division and assisted with multiple private placements. He acted as the company's due diligence liaison with broker-dealers and third-party due diligence groups and gained a critical understanding of the independent broker-dealer and RIA channels.

Prior to working as in-house counsel, Tyler was an associate with an AmLaw 200 international law firm. He worked primarily on real estate and complex commercial litigation matters. He second-chaired two multi-million dollar trials, drafted numerous appellate briefs, and represented his clients in multiple depositions and dispositive motion hearings.

Tyler earned his JD at SMU Dedman School of Law in Dallas, Texas. At SMU Law, Tyler served as chair of the law school's Board of Advocates and as an associate managing editor of the SMU International Law Review. In addition, Tyler worked as a legal research, writing, and advocacy TA and received numerous awards for his advocacy and legal writing while at SMU Law on a local, state, and national level. He was ultimately inducted into the National Order of Barristers and won the John E. Kennedy Memorial Scholarship for his outstanding service to the law school.

Tyler is currently completing a Master of Science in Real Estate at the University of Texas at Arlington.

Sarah works with Miterko and Associates to collect and maintain documents needed for our investment monitoring program.

Sarah works with Miterko and Associates to collect and maintain documents needed for our investment monitoring program. She is the first point of contact for access to our client portal.

Jill works with Miterko and Associates to maintain and improve the website and client portal.

Jill began working with Miterko and Associates in 2020 and handles website updates and programming for the client portal.

to work for you!